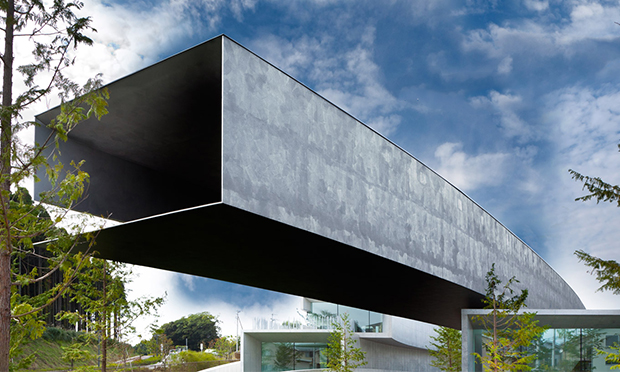 GRAPHISOFT, which pioneered BIM software for the AEC sector with its introduction of Archicad in 1984, has established itself as a leader in innovative BIM solutions including BIMcloud, the world’s first real-time BIM collaboration environment, and BIMX, the industry standard mobile BIM app.

In 2013 the company signed an agreement with Nikken Sekkei to establish the BIM Competence & Research Centre to advance BIM in Japan and Southeast Asia. The goal at that time was to build a team of BIM specialists and software developers dedicated to creating software solutions and facilitating their implementation, helping to drive greater use of BIM across the region.

Half a decade down the track, GRAPHISOFT and Nikken Sekkei have reaffirmed their partnership and will now concentrate on the broader goal of developing BIM workflows for the GRAPHISOFT range of products.

Nikken Sekkei, which boasts a portfolio of more than 20,000 architectural projects across 40 countries, lists city design, business parks, super highrise buildings and transit-oriented developments among its specialities. Having already utilised Nikken Sekkei’s knowledge and experience to improve existing functionality and add new features to ARCHICAD, GRAPHISOFT believes that continuing the partnership will make a big difference to the future of BIM design workflow.

“Working with one of the world’s top architectural design practices has provided us with an unparalleled opportunity to witness cutting-edge design workflow first hand,” said GRAPHISOFT CEO Viktor Varkonyi.

And GRAPHISOFT Vice President for Asia Bence Kovacs added: “The software improvements born out of the cooperation with Nikken Sekkei have played a critical role in our success in expanding in Japan and Asia in the last few years. I am sure that the knowhow emerging from the next phase will be equally well-received by our users in the Asia Pacific region.”

At the time of the original agreement, Nikken Sekkei’s focus was on utilising BIM data to enable better design decisions to be made earlier in the design process. The partnership has provided benefits to both Nikken Sekkei and GRAPHISOFT, and the latter has now committed to providing Nikken Sekkei with easier access to the tools and technology of the ARCHICAD BIM platform via a software license agreement.

“As members of this strategic partnership since 2013, we are pleased to have played an important role in the evolution of GRAPHISOFT’S products and the development of BIM in the construction industry,” said Nikken Sekkei senior executive officer and architectural design department deputy chief Tomohiko Yamanashi. “We are looking forward to working on the next generation of the design process.”