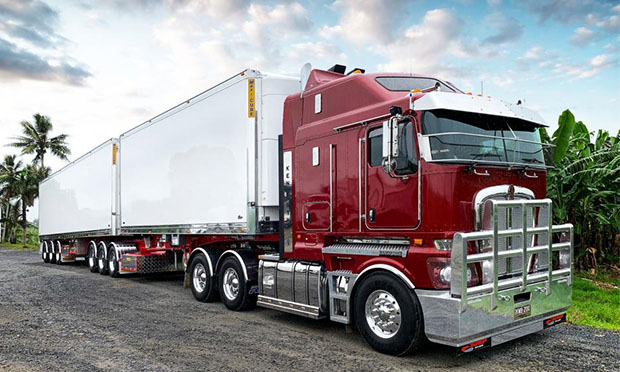 When Australia’s leading road transport equipment supplier MaxiTRANS decided to replace its outdated IT systems with a single enterprise resource planning (ERP) system, Central Innovation’s DataSuite interface was able to solve a key issue – that of ensuring seamless data transfer between its engineering and production departments.

In addition to designing and producing trailers for general freight, temperature controlled freight and bulk transport, MaxiTRANS manufactures rigid truck bodies, and supplies parts and consumables through its MaxiPARTS division. As such, it is a longtime user of SOLIDWORKS and has been utilising SOLIDWORKS PDM to assist in product management for almost a decade.

Over this time an ongoing relationship was established with Central Innovation – whose development team was able to assist with custom-built tools to help expedite data delivery of Excel files into its production department.

This laid the groundwork for Central Innovation’s indepth involvement in “Project Transform”, which MaxiTRANS initiated in 2014
to replace 13 legacy IT systems and its no-longer supported core IT system with a new JD Edwards ERP system and other integrated systems across its business. The aim was to improve operational efficiencies by streamlining its business processes and practices while reducing operational risk.

“Central Innovation had proven that they had the expertise and the capacity to assist us – the trust was there,” says MaxiTRANS Managing Director and CEO Dean Jenkins. “When the time came for Project Transform, we were confident they would be able to provide a solution to seamlessly manage our data transfer between SOLIDWORKS, SOLIDWORKS PDM and the JD Edwards ERP system.”

“We have several manufacturing sites across Australia and in New Zealand. Due to the high level of trailer customisation to meet customer needs, one of our many challenges in implementing the ERP system was the sheer amount of data required to be transferred from engineering to production.

“The obvious short-term solution, which was to manually transfer data to the ERP system, would have resulted in a massive workload and the potential to introduce human error into the process. This would have impacted on our production schedules and made it impossible to meet our Project Transform ‘Go Live’ deadline.”

Central Innovation’s solution was built around DataSuite and its Production Information Orchestrator (PIO) – an advanced visual interface for the management of production information data. 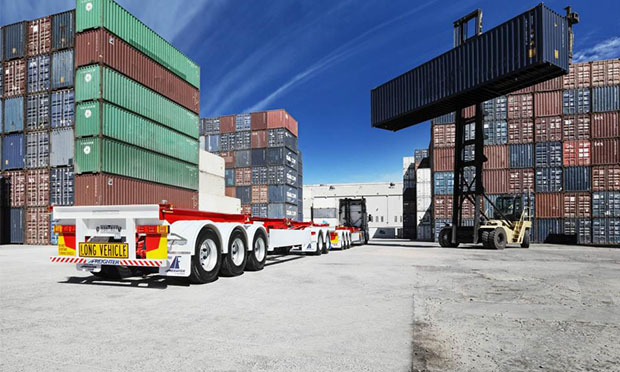 In practical terms, DataSuite takes the data from SOLIDWORKS and SOLIDWORKS PDM and then converts it into a format which can be manipulated and easily read by the JD Edwards ERP.

“With DataSuite we are able to transfer data from our engineering to our production departments without any doubling-up or the need for manual overwriting,” Dean Jenkins affirms.

Central Innovation’s development team worked closely with MaxiTRANS Engineering Lead – Technical Services Joel Balmer and IT Manager Philip Brokenshire to understand MaxiTRANS’ exact requirements. A ‘proof of concept’ was subsequently developed in order to showcase how the seamless data transfer could be achieved.

Once approved, specified features were delivered to MaxiTRANS on a fortnightly basis, to permit the engineering and IT departments the opportunity to test and identify issues as the project progressed. The result of which meant that if anything delivered was contrary to MaxiTRANS’ expectations, the project would potentially only be impacted by a maximum of two weeks.

“Given that the delivery timeframe was relatively short, we were very pleased to see how efficient the workflow was as the project progressed,” Dean Jenkins says. “We had a smooth learning curve because we were able to familiarise ourselves with the project feature by feature.”

The positive here was, that at the official conclusion of development, all components had been tested and MaxiTRANS could immediately start exploring DataSuite’s full potential. At this point, Central Innovation undertook a formal deployment and setup, walking MaxiTRANS staffers through the use of the DataSuite solution and ensuring that all elements were understood.

The new system went live in October 2018, with DataSuite having removed the need for time-consuming manual data transfer and the concomitant risk of human error – ensuring MaxiTRANS was able to utilise the JD Edwards ERP to its full potential and extract maximum value.

“We fully expect that removing our reliance on multiple data systems will enhance our competitive edge,” says MaxiTRANS’ Joel Balmer. “The lack of easy access to data and associated time delays obviously impacts on productivity, which was a key driver for Project Transform”

“Now we can go from engineering to production faster and more efficiently. It’s still early days since implementation, but already some 1000+ trailers have been produced using the new process. I personally have been very happy with my dealings with the Central Innovation development team – they’ve gone above and beyond on numerous occasions.”

Ask about our integration solutions