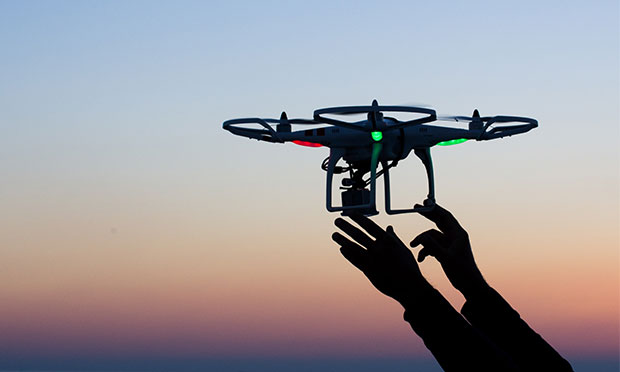 The latest iteration of the world’s biggest technology show, CES 2018, was held recently at Las Vegas Convention Center, with the array of mind-boggling tech innovations on display underscoring some emerging trends which are likely to continue to evolve and impact our working and personal lives in the years ahead.

Chief among these is the rise of ‘smarter’ tech as exemplified by the commercial adoption of AI and the many applications which are being found for it across all manner of gadgetry from voice assistants and home appliances through to self-driving cars and beyond.

Numerous reports out of Vegas from attending media all reiterated the dominance of both Google Assistant and Amazon Alexa, which were present in a wide variety of the tech on display, with Apple’s Siri notable for its absence. These voice assistant platforms are being utilised in everything from home speaker systems to light switches, smoke alarms and even wireless earbuds.

Both Assistant and Alexa appear to be determined to become ubiquitous across as broad a range of different third-party products as possible , and it will be interesting to see whether both formats survive over the longer term or if a clear winner will emerge as their competition continues to ramp up.

The development of smart home appliances which communicate with each other has been on the rise in recent years, as exemplified by LG’s ThinQ range . This includes such products as the LG InstaView fridge which, when a recipe is selected from its on-door display, will communicate with the LG EasyClean oven to preheat it to the appropriate temperature and even prep the LG QuadWash dishwasher cycle – a process which Alexa can guide you through if desired.

Not to be outdone, Samsung’s FamilyHub fridge can suggest recipes for food close to its expiration date, while allowing you to see who’s at the front door without leaving the kitchen – courtesy of its SmartThings hub.

One emerging trend exemplified by these technologies was their space-saving design, with many of them built to be embedded into walls. The issue of course for such relatively costly implementation is that – given the exponential rate of tech evolution – how does one protect against the risk of its becoming outdated just a few years down the track?

Smart transport solutions were also showcased, such as Toyota’s fully electric e-palette concept vehicle. Designed for a range of applications from ride sharing to serving as a pop-up shop, it’s the size of a small bus and supports autonomous driving technologies either from Toyota or other suppliers. And startup carmaker Byton showcased its electric vehicle version of the SUV, which utilises cameras in place of side mirrors and has its instrument panel displayed from a 40 inch monitor on the dashboard. With the concept 85 per cent complete, it’s expected to be available in China from next year, in the US and Europe from 2020 and in Australia from 2021.

NVIDIA’s DRIVE Xavier SoC chip, which can manage 30 trillion operations per second, is being touted as bringing the future of self-driving cars one step closer  – two such chips can power a level 5 autonomous car, rendering the traditional driver, pedals and steering wheel all redundant. With its custom 8-core CPU, nine billion transistors, 512-core Volta GPU, 8K HDR video processor, deep-learning and computer-vision accelerators, it’s said to be 15 times more efficient than its predecessor.

For an idea of how it might feel to ride in such a vehicle, Mitsubishi demonstrated its EMIRAI 4 concept car first unveiled at the Tokyo Motor Show last November, in which riders plan out their route on a centre console screen and which can switch to manual mode when it detects the rider is focusing on the road through the use of facial characteristic analysis.

The latest in laptop innovations included the Lenovo Miix 630 with detachable keyboard which delivers smartphone-like ‘always connected’ mobility . Key to this is the Miix 630’s integrated 4G LTE connectivity – it runs Windows 10 on a Qualcomm smartphone chipset as opposed to an Intel processor, and boasts some 20 hours of battery life, as well as faster response time from sleep mode.

Lenova also showcased the X1 Yoga as an example of a next-generation ‘convertible’ device, as opposed to the familiar dichotomy of laptop and tablet. The X1 Yoga’s keyboard is not detachable, rather it folds away behind the screen when you wish to operate the device in tablet mode. The greater flexibility offered by such convertibility is likely to see an increased demand for this approach in the future.

Virtual Reality and its offshoot Augmented Reality (itself incorporating Assisted Reality, which has broad industrial application) were also much in evidence. The ‘immersive experience’ which is the promise at the heart of this tech is becoming more sophisticated with each passing year, with mobile/smartphone platforms increasingly playing host to these .

Robots too continue to evolve and this year Honda showcased the 3A-E18 communication robot which can use facial expressions to mimic empathy during interaction with humans. Moving beyond their obvious applications as helpful tools and workers, robots are now being designed as companions and a source of entertainment – in other words, as an analogue to pet animals.

With so much emphasis on smarter tech and AI, the subject of smart (or smarter) cities was inevitably broached, with examples of the way sensor technology is being utilised within smart design across all manner of applications from alarm and security systems to parking space availability, energy consumption and even more efficient waste disposal. One example on display was the Wi-Fiber Intelli-Platform  which houses hi-res cameras, microphones and various connectivity options within streetlights for the purposes of data collection.

Naturally this short summary can only skim the surface of the myriad of tech wonders on offer at the world’s biggest show. A trip to see it for yourself is strongly recommended – visit www.ces.tech to check out more details and consider booking your place for 2019.

At Central Innovation, we can provide all – or part – of the solution. Including SOLIDWORKS, ARCHICAD, and many more industry-leading tools.

It’s something we’ve been doing for almost 30 years. Our commitment to customer service is second to none: we help you get the best out of your technology.

For a truly unique solution to your unique challenges, please contact us. Or read about some of the great services and solutions we offer.