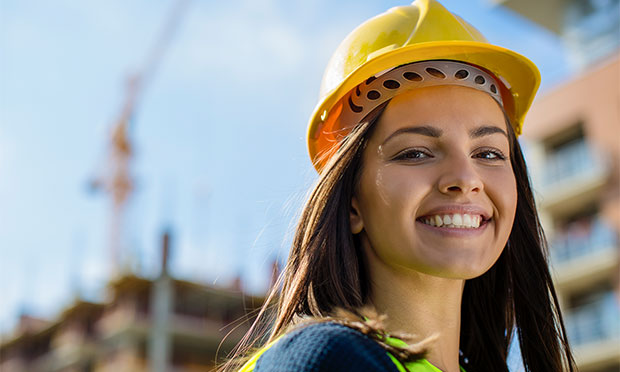 For a personal take on the distinctive attributes women can bring to these roles, we spoke to Sue Advani, an independent management consultant who started out as an economist and gradually moved into project management. After spending more than 30 years with Rail Corp, the NSW government agency responsible for the provision of state rail services until its restructure in 2013, she branched out on her own and has since consulted on major rail-related projects including the ARTC inland rail project and the Port Botany rail link.

Asked what drew her into this line of work, Sue responds that “if anything, it was the fact that I’m the sort of person who’s always looking for new challenges and opportunities. I started out at Rail Corp doing economic evaluations and business cases, involving desktop modelling and planning, but I had always wanted to understand what’s it like on the other side – so that made me move into the projects area. And given that I had my Master’s degree in Transport Economics behind me to support the work I was doing, I then trained myself to be a project manager and became more structured in the way I worked, and moved on from smaller to bigger projects until eventually I was running the whole station program.”

Sue’s career path at Rail Corp saw her move from her original role into a project manager for station upgrading before finishing up as Project Director looking after upgrading projects across all of NSW – a period which oversaw major improvements at Sydney suburban stations as well as the logistical requirements necessary to move vast numbers of commuters during the 2000 Olympics.

“It was a very challenging workload but something I really enjoyed,” she remembers. “My role involved developing projects, getting architects on board, doing first concept designs and costings and putting forward a business case to get us the money to proceed. Then I would engage project managers who would take us to the next step of detailed design and construction.”

As for what special skills she brought to the job, Sue says: “There were a lot of station managers who had great upgrade ideas but could not necessarily convert that into what should be done. I would look primarily at the user requirements in getting the concepts developed, and because I was an economist rather than an engineer I wasn’t looking for gold-plated solutions that might win awards down the track, but rather practical solutions that met requirements and got the job done. So it was a different perspective and I think it helped.”

During Sue’s time at Rail Corp it was very much a male-dominated organisation, with herself often the only woman in the infrastructure executive team.

“I did find my way of looking at things was very different,” she recalls. “I was operationally focused and customer focused and had an ability to understand where the other person is coming from, which is very useful because it stops conflict. Conflict is bad for projects because people can get stuck in their own way of doing things, so my strength was being able to negotiate with people, being able to talk one to one with them and not come from a ‘high horse’ position. Essentially it’s empathy – I think it’s very important to understand and respect that the people on the ground have a job to do every day, and they know how the station operates so you need to respect and acknowledge that, and taking that into account in your design avoids a lot of wrong moves you might otherwise make.

“Another element I brought with me was an ability to look at the big picture – I think I have a good strategic sense, and I would ask ‘what are the other things that might need to be done at the same time as we are doing this component?’ In other words, a holistic approach. I would talk to the maintenance people or the capital works people and because I’m not an engineer, I would put concepts into simple language. I had the capacity to understand the technical side of things and I could convert that tech speak into everyday speech and that was an advantage.”

Sue makes the point that this male dominance was by no means unusual – “I think women are hugely under-represented in engineering organisations. I only got into Rail Corp myself because I’d applied for a traineeship back in the days when there was a strong push to encourage women into non-traditional occupations under the equal employment opportunity initiative. That’s no longer around to the same extent – and that may be because of a push-back by women saying they don’t want a special path to get in. But sometimes you do need to give people a helping hand to encourage them. I would not say you should hire a woman simply because she’s a woman, but you can offer special training positions where women can come forward and learn and then compete with the men. The point is that if you don’t make women feel welcome in your organisation, they won’t come through the doors.

“The other issue around that is the perception that women want children and will have a family to raise, but with the rise of the internet we have much more opportunity for flexible working practices and working remotely so that’s no longer such an obstacle and a good work-life balance can be achieved.”

She argues that when it comes to more job opportunities for women, society still struggles against false assumptions which need to be broken down. “I was never a person who felt overawed by a lot of men in the room, but I remember one occasion when I was working at another male-dominated workplace. They held a managers’ conference and invited every manager except me. When I asked why I was told, ‘we’ll be swearing and you might not feel comfortable, or some of the men might not feel comfortable doing that around you’. To which I responded, ‘you need to give me a chance, I can swear with the best of them!’

“The push for more women in STEM careers that we see today is very important as there’s still the whole issue of gender parity and equal pay – the simple fact is that women tend to be in the lower echelons of the workplace because that’s all they’re trained for. If you’re a woman trained as an engineer then there’s no reason you shouldn’t get the same pay as a man. But women are not doing the same jobs with the same responsibilities, so they don’t get the same pay. It’s very important to start educating at the home level and the school level so these presumptions are not built in to people’s mindsets.

“Schools can do a lot to encourage women to take up maths and physics and part of that is to look at the way these subjects are taught. You need to start with a language that is easily understood and once the foundations are set you can then go into the hard technospeak – but a very technical speak from the start can turn prospective students off. So the way the training is delivered is very important in order to attract people.

“Mentoring is also very important, and in the workplace senior male managers can play an important contribution in mentoring and supporting their junior colleagues, regardless of gender.”

While acknowledging it’s a generalisation, Sue says women tend to be better multitaskers than men – “lots of women I know are doing this in the home environment. They’re doing all the budgeting, keeping an eye on the kids, organising their extra-curricular activities, cooking meals … so I think that has been enculturated into women to an extent. I have found, even working with technical people, that males tend to be more focused on one task and can’t be distracted. So I think that multiskilling and multitasking is one facet a woman can bring to her job.

“I also spoke earlier about empathy and I do think that women generally tend to be more empathetic than men and again this may be because they are the family coordinators, they are enculturated into a caring role, and that’s another useful skill they can bring to the workplace.

“There’s also the old idea of women’s intuition and certainly for me that has played a big role. I would look ahead and be able to see where things were likely to go, and I would know in my gut that something was correct and would dig deeper until I was satisfied. I was the only female and my boss would wait until all the technical people had gone and then ask me, ‘And what do you think?’ Because he knew I would look at it differently and pick up things that others might not see, and because I was doing the reporting on the whole project I had a bird’s eye view of where areas might be falling behind. So I think it’s important for every team to bring women in, because we do have skills that can enhance overall performance.”