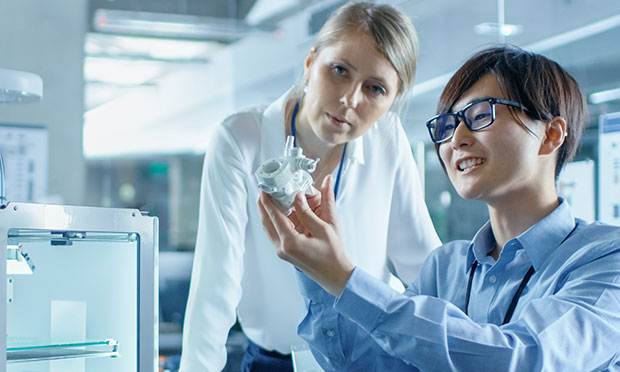 Given the myriad of present-day applications for 3D printing across engineering, electronics and medical fields – to name just three areas where it’s having a major impact – it may come as a surprise to realise that the original version of the technology was created some 50 years ago.

Of course it’s only in recent times that technical advances have enabled 3D printers to evolve from the bulky size and relatively limited functionality of the past into the much more cost-effective and flexible units that are becoming increasingly commonplace today. And as the technology continues to advance, so too do its applications.

The engineering sector was an early adopter of 3D print technology, recognising its application for prototype creation, and today 3D printing is playing an increasingly prominent role in product development and manufacturing. 3D printed prototypes can be used to test products and identify engineering performance issues well before production commences, providing a far more cost-effective method of producing design iterations and proofs of concept than was previously possible.

3D printing is also enabling many engineering firms to move away from the old model of farming out production of the products they design – providing them with the capacity to bring a product from concept right through to manufacture, saving time and money and maximising profit potential.

It’s also facilitating new methodologies of product design. The knowledge that their design prototypes can be 3D printed is freeing up engineers to think differently – because many of the old testing and assembly limitations no longer apply. Instead, they can design with greater refinement, which can save on production costs and minimise time to market. 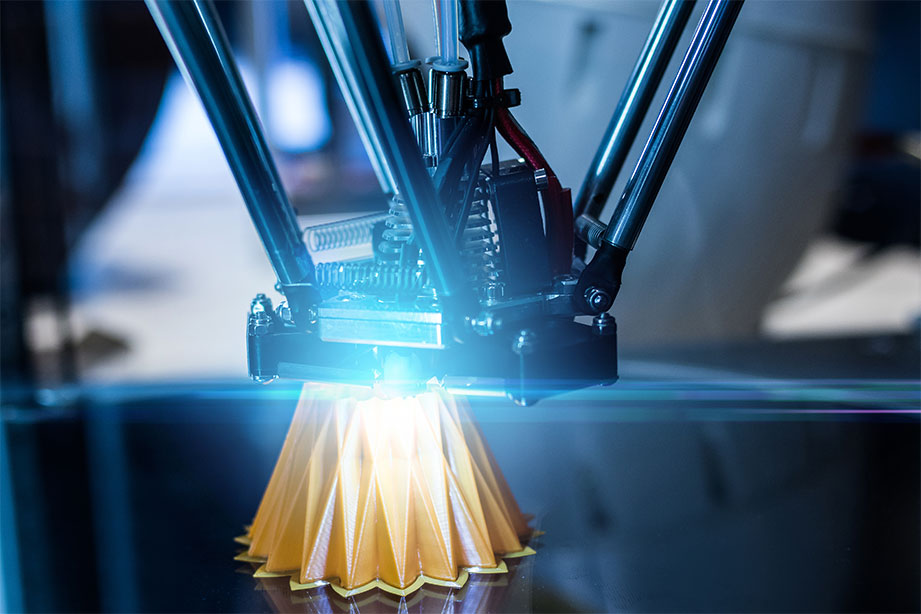 3D printing is now moving past prototyping and into the manufacturing sphere, as Additive Manufacturing (AM) technology becomes increasingly used in mass production. Additive Manufacturing is the process of combining materials to make objects from 3D model data layer by layer, and major manufacturing industries such as the automotive sector are moving rapidly to adopt it. BMW is now using HP’s Metal Jet 3D print technology, designed for large scale batch production, to print 100 guide rails per 24 hours for its i8 sportscar. Each part can be stamped with a unique serial number to help track lifespan performance and improve design configuration.

Startup businesses are now pioneering their own technologies for 3D printing large runs of plastic parts, utilising new materials and processes which are expected to provide up-scaled production and increasingly competitive product pricepoints. Startup Origin is using a new oxygen-free process to print photopolymer materials, and its CEO has predicted that the performance of these materials will open up more applications for additive mass manufacturing.

Metal manufacturing too is utilising 3D printing, taking advantage of such technologies as HP’s binder jetting systems. These are anticipated to be used in production as early as next year.

3D printing is also making it possible to create smaller and lighter circuitry and antennas and simpler packaging, due to fewer cables and connectors and more flexible circuits. 3D printed double-sided circuit boards and multi-layered circuits are the next step for Nano, with the aim of reducing the size, weight, power and cost of circuits which it produces for Harris Corporation’s communication systems used in space technology.

At the University of California in Berkley, engineers are working on systems to allow them to 3D print microelectronics for integrated circuitry and passive wireless sensors. So far they have successfully 3D printed passive microelectronics components such as resistors, inductors and capacitors and even a miniaturised transmitter which acts as a wireless sensor, for possible application as a quality control component in the beverage packaging industry. One suggested use is as a ‘smart cap’ on milk cartons which can determine the freshness of the liquid inside.

But it’s the medical applications of 3D print technology which are generating the most publicity, given their potential to improve quality of life for patients. From the design and production of replacement body parts, implants and protheses which can be made to perfectly fit patients, to 3D models of internal organs which surgeons can use to plan operations and to train medical interns for surgery, 3D printing has a myriad of life-enhancing uses in healthcare. 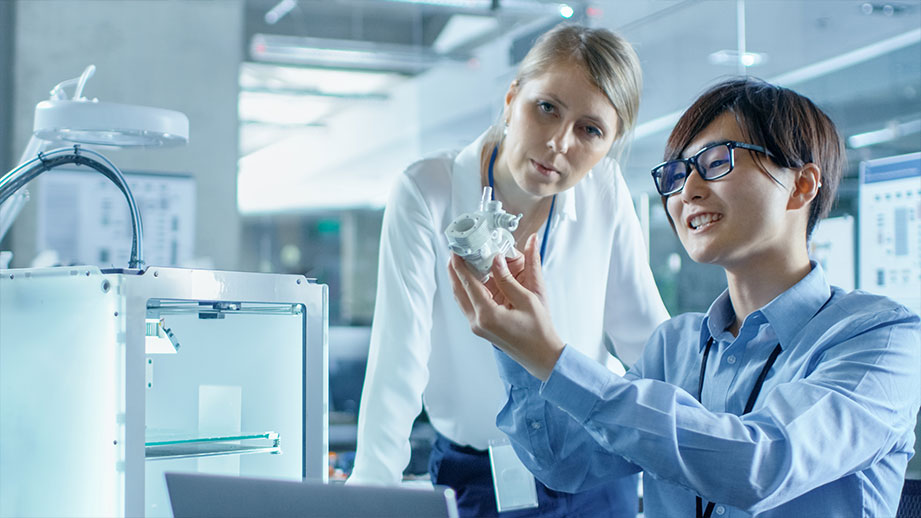 For example, rather than have to cut away bone to ensure a good fit for an artificial hip as in a standard hip replacement procedure, 3D printed cutting guides can show surgeons where, how far and at what angle to cut. A custom-made 3D printed implant can then be inserted with screws and plates perfectly aligned in position.

The University of Melbourne’s Department of Engineering has already designed, tested and built a world-first custom made jaw replacement, and followed this up by leading the world in the production of a titanium 3D printed heel as a joint venture between the University’s Department of Surgery, Melbourne company Anatomics and CSIRO’s Lab 22.

At the 3DmedLab at Austin Health in Melbourne, director Jason Chuen and his team have 3D printed liver, kidney, heart and aortic models for surgery planning and use 3D Virtual Reality (VR) models to guide robotic surgery. Jason foresees a time when it will be possible to operate on a patient using locally printed 3D cutting guides, then 3D print a replacement part in the next room during surgery and insert it before the end of the procedure.

3D printing also has beneficial pharmacological applications – such as the ability to print out a doctor’s prescription in the form of a single pill which combines all the patient’s medication requirements. Binding agents can even be used to create multi-layered pills which are timed to dissolve in a controlled manner.

One doesn’t have to go far forward in the medical potential of 3D printing before it approaches concepts that truly excite the imagination – for example tissue engineering, which is 3D printing of living cells and biologically compatible material. The idea of infusing stem cells into 3D printed “scaffolds” bathed in cell cultures to trigger cell development, or to print live cells to help create replacement organs, is now a real possibility for the not so far  future.

At the ARC Industrial Transformation Training Centre in Additive Manufacturing, based at the Queensland University of Technology’s Institute of Health and Biomedical Innovation, leading edge research is being undertaken in collaboration with both hospitals and industry. Recent innovations include a ‘bio pen’ used to 3D print cartilage cells on to knee and hip joints to facilitate repair and replacement; a 3D printed suture tool to enable surgeons to practice suturing blood vessels, nerves, tendons and ligaments; and 3D printed hydrogels for cancer research, which can be used to model individual patient tumours and test drug effectiveness, thereby enabling more patient-specific therapy.

Last year the Australian Government invested $10 million each in 11 recipients for the first round of its $35 million BioMedTech Horizons program, with the successful projects including a fully synthetic 3D printed spinal cage made by Allegra Orthopaedics. The cage works to regenerate bone and is completely resorbed by the body, leaving it free of foreign materials – a unique innovation made possible by the 3D print process.

It’s printed from a synthetic material invented by the University of Sydney which provides the mechanical strength required for load-bearing, the bioactivity needed for bone regeneration, resorbability to reduce the risk of rejection and infection, and is 3D printable to enable patient-specific customisation.

Sounds like science fiction? It was once, but thanks to 3D printing, it’s now reality.