SOLIDWORKS contributes to the Largest Ocean Cleanup in History 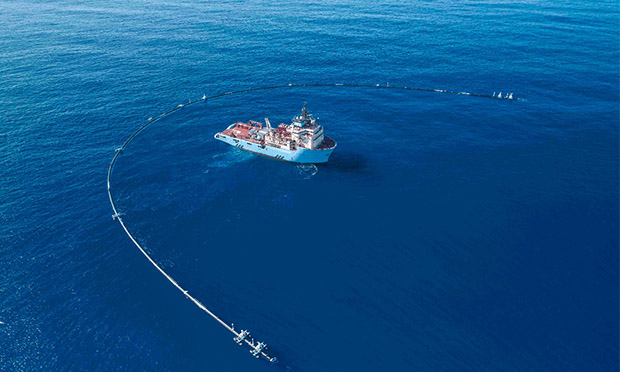 A while ago, I had the honor to be part of something special. It was the launch of a project I have been supporting for a few years, which will be hopefully the start of the largest Ocean cleanup in history: #theoceancleanup.

I am rooted in the Seas and Oceans

Ever since I was a little boy, like my dad and my grandpa before, I liked spending my time on the beaches of the North Sea. Now, as a father of three, I am taking my family to the Netherlands every year (I live in Germany now), visiting my relatives and reconnecting to my roots. The beach is one of the primary happenings in our visits to my home country. One could say that my connection with seas and oceans installed itself irrevocably in my root operating system at birth.

IF WE show the dream is possible, we can inspire people to create it

Therefore, you can understand my interest and motivation when some years ago I found a Ted-x talk on the Internet where Boyan Slat, founder and CEO of The Ocean Cleanup, explained his pioneering idea for cleaning up the oceans of all the plastics. To begin with the Great Pacific Garbage Patch, a gyre of marine debris particles in the North Pacific.

Working at Dassault Systèmes Brand SOLIDWORKS, I had the opportunity to connect with the CEO Bertrand Sicot, knowing about his connections to the ocean and sea through his sailing passion and other naval backgrounds. There was no need to convince him to meet Boyan Slat and his co-founder Florian Dirkse (a sailor that sailed through the great garbage patch) and see how we could help them realize their noble dream.

In that meeting we learned more about the team’s world of vision, drive and passion and the challenges to engineering dreams than we regrettably find in many business meetings with engineering managers alike. It brought me back to what really matters. Always having the important value in mind that Dassault Systèmes put at the heart of its DNA:
“If we show the dream is possible, we can inspire people to create it.” 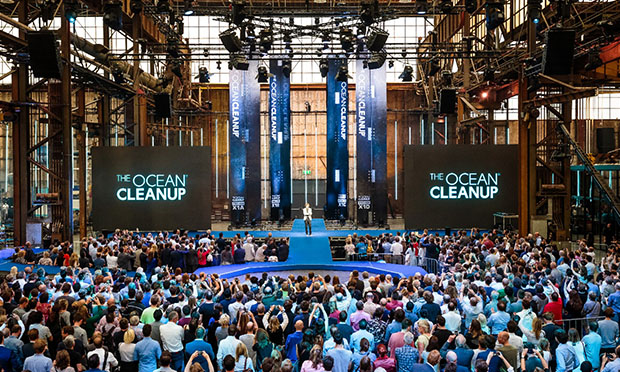 The Ocean Cleanup – A journey starts

This joined meeting in the Library of the University of Delft made me realize that Boyan is a fascinating character. At the young age of 24, he has already received significant awards because of his outstanding effort in solving a problem caused by mankind. Our conversation was the beginning of a great journey and it started a personal connection between me and Boyan and his growing team of “can-do-ers.”

In the context of the SOLIDWORKS for Entrepreneur Program for start-ups sponsored by Dassault Systèmes and SOLIDWORKS, we were able to provide licenses of SOLIDWORKS products for CAD, simulation and visualization, MySolidWorks online trainings, Design guidance and much more for the design of the floater. Every now and then I connected via mail or chat to see how we could help the team. I joined them for New Year receptions and bigger events like the next stage where I met various people from the engineering team. Day to day the project took more shape.

Our job and duty: recycling and the reduced use of plastic

To my big surprise, even today, not many people are aware of the Ocean’s massive pollution. With most people living far away from the coastlines, they do not see the terrible results that plastic can have on our lives in the long-term.

The Ocean Cleanup cannot be the overall solution to this problem. It is every person’s daily job and duty to reduce the use of plastic and recycle where possible. However, the project surely is a brave attempt to remove some of the results of our way of living in our oceans and seas. 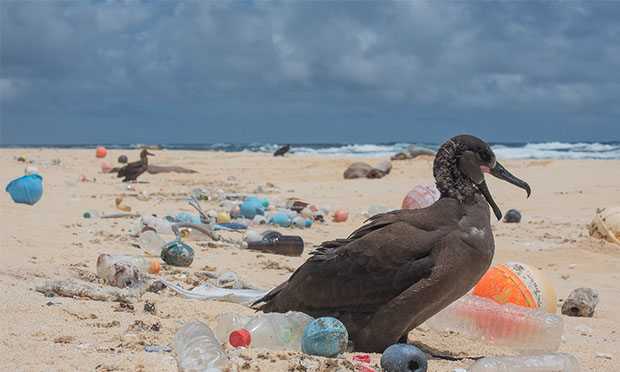 The launch of system 001 or rather Wilson

Now back to System 001, or now called Wilson (ironically named after the volleyball in the movie “Cast Away”). This system has been in the design and testing phase in multiple forms before it now was launched from San Francisco Bay. I can tell you, it is not every day that you get to be at a product launch the size of Wilson: a 600-meter-long floater/ U-shaped floating barrier that sits at the surface of the water with a tapered 3-meter-deep skirt attached below. That way the construction simulates a coastline, which prevents plastic from entering the open sea. As it accumulates in that area, the plastic can be extracted easily.

It was one of the most impressive things, I ever experienced. Together with the Engineering Team and some other very special guests, we witnessed the system being towed out into the ocean, while Boyan Slat and Joost Dubois from The Ocean Cleanup handled the hundreds of journalists and TV stations on a boat accompanying Wilson.

Engineers might know the feeling of finally having completed all the Computer-Aided Design work, the long hours of Simulation and CFD Calculations. The product tuning. The testing with smaller scale prototypes and the hours of brainstorming tackling the problems at hand. They know the feeling when the product itself stopped being a dream and finally became reality after all the work it required. This is what Boyan and his team must have felt in that impressive moment.

The excellent, daring people that worked in the background to make it all happen have one thing in common: they are powerful women and men. That’s why the launch of System 001 became a real “Emotional Paycheck” for me and indirectly for many of my colleagues at Dassault Systèmes who also supported the project in some form. It has been an interesting journey where various, ever-increasing in size events paved the way for my latest visit with The Ocean Cleanup team.

I personally would like to thank my employer Dassault Systèmes, the SOLIDWORKS brand and our excellent reseller in the Netherlands CADMES B.V for their support in making my little contribution to the project possible and keeping The Ocean Cleanup team in the Netherlands going. Lastly, this one goes out to all you product engineers and dreamers out there: Keep going! Make it happen!

Believe me, there are many people who would love to see Boyan and his team fail. But they still keep going. Day in, day out. In my mind their biggest achievement is already achieved. They made the world aware of the problem and because of them, many other groups of people started to work on the same or other environmental problems following the footsteps of Boyan and co. They showed the dream is possible and inspired others to create it.

Enquire Now
Back to News

If you have any trouble installing and/or working with SOLIDWORKS please give us a call on the numbers below. Or fill in the form: we’ll contact you within 24 hours. Thank you.